The Che Guevara’s route through America, shown in the movie “The Motorcycle Diaries”, is an initiatory journey by the doctor Ernesto Guevara de la Serna by different countries that form America. Finishing his trip as a different person, already showing the future revolutionary Che Guevara.

His historical figure is controversial. Mythical hero for some, harmful person for others. In any case, it did not leave anyone indifferent.

In this post we will not go into his figure, we will only comment on the beautiful places he traveled on his motorcycle route through South America and that appear in the movie “The Motorcycle Diaries”. >

Join us on this journey!

The route began in 1952, covering more than 12,000 km in different countries: Argentina, Chile, Peru, Colombia, Venezuela and the United States. A whole epic in those times!

The beginning of Che Guevara’s route through America occurs in his native Argentina, specifically in the city of Cordoba. It is here that he says goodbye to his family and, together with his friend Alberto Granado, heads to the journey of his life: “… before us the whole of Latin America extends. From now on we will only trust the powerful …”. (The Motorcycle Diaries, 2004). 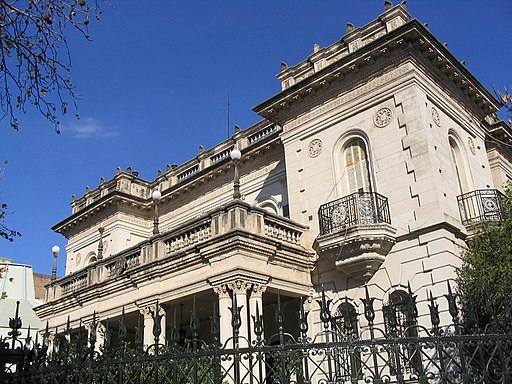 Although he was born in Rosario, Cordoba was the home of Ernesto de la Serna for much of his youth (due to the mild climate for his asthma).

Belonging at the beginning to the government of Tucumán, part of the Viceroyalty of Peru, it is nowadays the city of Cordoba is an industrial pole of Argentina.

In this province, specifically in the town of San Francisco (206 km from Cordoba city), is where his great adventure in South America begins.

Possibly the most beautiful capital in all of South America . Although his best days are behind him, in Buenos Aires city you can still enjoy beautiful parks, avant-garde buildings, mythical soccer stadiums, well-kept streets and picturesque places.

It is a cultured city, since its 734 bookstores for every 100,000 inhabitants (1st in the world) and its numerous theaters make this city a benchmark for America and the world.

It also has a first class gastronomic offer: grilled beef, provoleta, choripanes, pizza and ice cream of Italian origin … A delight for the senses!

Coastal city with a wide offer for the summer. It is very close to the city of Mar del Plata, another resort in Argentina.

It is an ideal option to relax and enjoy the southern summer, away from the hustle and bustle of the city of Buenos Aires.

It is a perfect destination for lovers of nature and outdoor sports throughout the year.

In summer, enjoy the Nahuel Huapi National Park with its lakes, hiking, river rafting … In winter, its great ski slopes.

The passage from Argentina to Chile was made by road until certain point, since in this area road transport also alternates with passage by boats on the lakes (specifically they crossed the lake “Todos los Santos”).

Founded in 1558 and destroyed during the great Mapuche rebellion, it was rebuilt in 1793.

Its location in the beautiful “Los Lagos region” make this place a perfect enclave to visit the many nearby places of interest: the Puyehue, Rupanco and Llanquihue lakes, the Osorno and Calbuco volcanoes, the Petrohue falls, Puerto Varas city, Frutillar pier, …

Beautiful city in the South of Chile founded in 1552 by Pedro de Valdivia (Los Ríos Region). It stands out for the cultural activities that take place throughout the year (music, cinema and theater) and for being one of the poles of brewing in Chile (Kunstmann factory).

It is sadly also known for the 1960 earthquake, the largest ever recorded (9.5 ° on the Richter scale). However, today the city has regained some of its past splendor.

It is the capital of the La Araucania region, which was not incorporated definitively into the Republic of Chile until 1881. Land of Mapuche chieftains, such as Lautaro, Caupolican or Colo Colo.

Founded by Pedro de Valdivia conqueror, it is without a doubt the most advanced capital with the best quality of life in South America.

Its situation in the foothills of the Andes is unbeatable, being able to enjoy both mountain activities (ski, trekkings, nature) as from the Pacific Ocean just 100 km away.

Famous city for its colored houses distributed by the many hills in the area . What more can we say that one of its most illustrious citizens did not say: Pablo Neruda, Ode to Valparaiso:
Valparaiso,
what nonsense are you,
how crazy, crazy port,
what a head with hills,
disheveled,
you didn’t just comb your hair,
you never had time to get dressed, …

The Atacama desert is one of the driest in the world. A unique and inhospitable environment of volcanoes, hills, canyons, saltpeter and rock.

During their journey, Ernesto Guevara and Alberto Granado, also arrive at the Chuquicamata mine, the largest in the world in copper production.

If you dare to visit this magical place, we recommend that you complete your trip with the visit of Uyuni Salt Flat in Bolivia. Without a doubt, one of the wonders of South America.

After weeks of adventure, they cross from Chile to Peru in the direction of Cuzco, the capital of Tahuantinsuyo. Thus begins the part of the journey in which to contemplate the “footprint” of a of the greatest civilizations in America and the World. 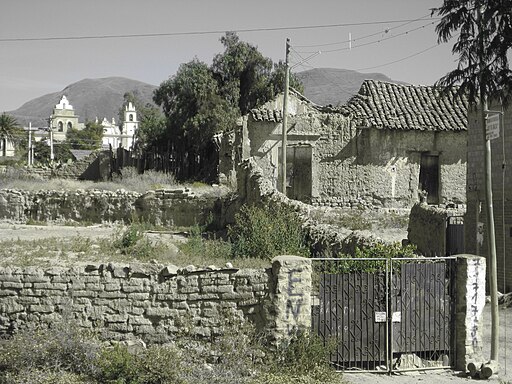 City in southern Peru, bordering Chile, with strategic importance for entry into the country.

Furthermore, was under Chilean control for decades after the Pacific War. This lasted until 1925, which was recovered for the Republic of Peru with support from the United States of America.

City very close to the mythical Titicaca Lake, which is the cradle of various Andean civilizations and cultures: Tiahuanaco, the Children of the Sun (Inca Empire), the Uros, .. .

Located at 3,812 masl, today you can tour it and visit its many attractions, such as the reeds islands of Uros, Taquile and Amantaní.

And don’t forget to visit the impressive Chullpas of Sillustani, located between Juliaca and Puno.

The little “Rome” of South America. Qosqo, navel in Quechua, was the ancient nerve center of the Tahuantinsuyo (Inca Empire), power center of the Children of the Sun.

Its streets are a mixture of buildings from the Viceroyalty period and ancient Inca archaeological sites. Dozens of places of interest: the Plaza de Armas, the Cathedral, Qoricancha, Piscac, Moray, Ollantaytambo, Qenqo, Sacsayhuamán, Tambomachay, … What else to say about this magical place!

And what better way to visit it than making the Inca trail. If you have the opportunity, do it. We loved feeling the sensation of walking the road, seeing archaeological sites, valleys, mountains and reaching the Puerta del Sol, from where Machu Picchu could be seen in the mist. What an emotion we feel!

Region that includes, among others, the towns of Andahuaylas, Huancarama and Abancay, which were the ones that Che Guevara and Alberto Granado traveled on their way to Lima.

Although they did not pass through Pampachiri, we recommend your visit. Here you can see some curious rock formations reminiscent of the houses of the Smurfs.

The city of the Kings, capital of the Viceroyalty of Peru, was founded by the conqueror Francisco Pizarro in 1535. Today it is famous for its boardwalk, the tourist places it treasures, the quality of its restaurants and its vibrant “Lima night atmosphere”.

Be sure to visit it within your travel plan for Peru and South America!

It is, together with Iquitos, Tarapoto and Puerto Maldonado, one of the benchmarks of the Peruvian jungle.

It stands out for its important river port on the banks of the Ucayali river, although without reaching the importance of the port of Iquitos.

If you dare to visit it, you can fish piranhas, taste its gastronomy (we recommend paiche), contemplate typical animals of the jungle (sloths, turtles kill-kill) and enjoy the joy of the jungle.

Local village in the jungle

Of the trips we made through the Peruvian jungle, this is the area we liked the most (our journey).

If you like nature and adventure, be sure to discover this part of the jungle of Peru.

Ernesto Guevara and Alberto Granado enter Colombia in a peculiar way, on a raft! How else could they follow this historic adventure.

Strategic city on the banks of the Amazon River that is located on the Amazon border with Brazil and Peru. As a curiosity, indicate that the city was originally called San Antonio and was under the control of Peru.

Although it is far from being a prime tourist spot, stands out for its overflowing nature typical of the Amazon jungle.

The capital of Colombia does not sleep. It is a vibrant city with many leisure options and places to visit: Gold Museum, La Candelaria neighborhood, go up to the Monserrate sanctuary, the “Andrés carne de res” restaurant, …

Goal accomplished! They managed to reach the end of this magnificent journey on July 17, 1952.

It is here where their paths separate. Alberto Granado starts working at a local leper colony, on the recommendation of Hugo Pesce (a Peruvian doctor they visited in Lima). Ernesto Guevara will return to Buenos Aires via Miami, not without problems. 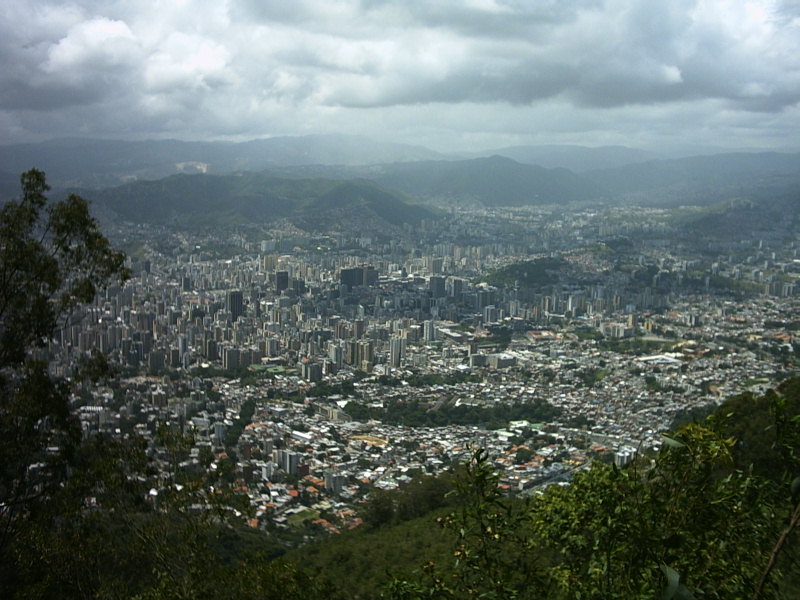 Located at the foot of El Ávila hill, this city was one of the richest and with the greatest projection in all of America.

Let’s hope that the country evolves for the better and we can discover both Caracas and other wonders that Venezuela has: Isla Margarita and Los Roques, the birth of the Andes, the Salto del Ángel waterfall, the Orinoco delta and others.

The adventure ended in Caracas, but to return to Argentina he had to take a cargo plane with a stopover in Miami.

This technical scale, estimated in hours, lasts for several weeks due to a problem on the plane. This allowed young Ernesto to get to know this Florida city.

Famous for its beaches, swamps (everglades) and nightlife, Miami is one of the most energetic cities in the United States.

Although Florida was discovered for Europeans by Juan Ponce de León, Miami was founded relatively recently, in 1896.

This city also stands out for its large community of Cuban origin. Exodus resulting from the Cuban revolution in which Che Guevara himself participated.

And if you have not seen the movie yet (tab in Filmaffinity), We strongly recommend that you see it. It stands out not only for its history. In addition, it has a brilliant soundtrack (Oscar for best original song, Bafta for best music), a beautiful photograph, a great script, magnificent actors, …

Meanwhile, to whet your “appetite”, we leave you the trailer for “The Motorcycle Diaries”:

“… but that wandering aimlessly through our great America has changed me more than I thought. I am not me anymore. At least I’m not the same inner me” (Che Phrase in The Motorcycle Diaries, 2004).

We hope you enjoy as much as we have enjoyed this beautiful film and our trips through the vastness of this continent.

Plan your trip as soon as possible and … Create your own route around America!