The Egyptian pyramids are considered a wonder of the ancient world. Specifically, the Great Pyramid of Giza (Cheops) was one of the 7 wonders of antiquity, along with the Hanging Gardens of Babylon, the Temple of Artemis, the Statue of Zeus at Olympia, the Mausoleum of Halicarnassus, the Colossus of Rhodes and the lighthouse of Alexandria.

Of all these, the Great Pyramid (Cheops) is the only one that remains standing today. It is incredible that with the means of the time these impressive constructions could be raised and, in addition, that they have been preserved so well.

While the most famous are the 3 Pyramids of Giza, there is a total of 120 pyramids in all of Egypt. In addition, the Egyptians were evolving the shape of the pyramids they were building. The main types of pyramid were:

The main area of pyramids in Egypt is the Necropolis of Memphis, composed of the pyramids of Giza, Saqqara, Abusir and Dahshur.

In this complex are 3 main pyramids, Cheops, Kefrén and Micerinos, and other secondary, such as the pyramids of the queens.

The one that stands out, mainly due to its immense size, is Cheops (or big pyramid) with its 136.86 meters high. This impressive construction was not surpassed in height until the fourteenth century, something incredible for a monument erected 4,588 years ago.

Currently it measures 10 meters less than originally. This is due to the use that was made of the smooth stone that covered the pyramid for the construction of buildings in Cairo. Really the walls were smooth and with a white stone that shone reflecting sunlight, being even more spectacular than today.

Also on this plateau is the Great Sphinx, an impressive statue representing a fantastic creature: lion’s body and human head. It is, together with the pyramids, one of the most famous monuments.

Tips for visiting the Pyramids of Giza

When visiting the pyramids, bear in mind the following considerations:

Not only the pyramids of Giza are spectacular, only 17 km away there is the archaeological site of Saqqara. Here is the Djoser complex, with its famous step pyramid.

As in Guiza, there is a access control where you pay for the entrance to the complex. It is not expensive, 50 Egyptian pounds (1.3 euros), and allows you to visit virtually all the buildings: Imhotep museum, Mastaba of Ti, the tombs of Mereruka, Kagemni, Iy-Nefert, Ptahhotep, Unas-ankh, the pyramids of Dyeser and Teti. The schedule is the same also: from 8:00 a.m. to 5:00 p.m. and from 7:00 a.m. to 7:00 p.m. in Ramadan.

In this place there are several remains of pyramids and temples, being the step pyramid of Pharaoh Dyeser the oldest in all of Egypt. It is also the best preserved of this archaeological zone.

The archaeological remains of the temples are also of great beauty. Today you can see the spectacular Sala hypostyle near the pyramid …

… the Royal Pavilion, which is believed to have been used to change Pharaoh’s attire during his ceremonies …

… and other remains of buildings and tombs from the Djoser funerary complex.

Here you can visit the Red Pyramid, named for the reddish color of its stones, it is the third largest pyramid in Egypt (after Cheops and Chephren). Like these, you can visit inside. It usually has less tail than those of Guiza, so it is a highly recommended visit option. 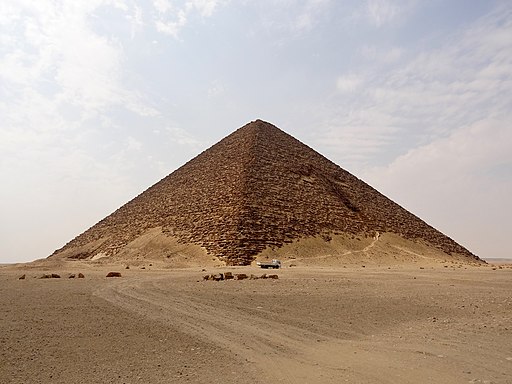 Also in this area is the layered pyramid, with its characteristic rhomboidal shape.

It is not as well known as the other areas but also it has a good amount of archaeological remains: the solar temple of Nyuserra-Iny, and the pyramids of Nyuserra-Iny, Sahura, Neferefra-Isi, Neferirkara-Kakai and remains of 9 other pyramids. 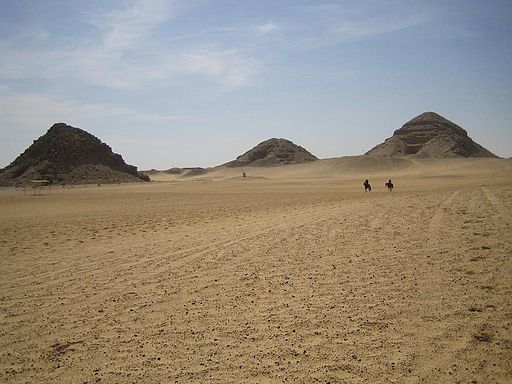 The Egyptian pyramids are some wonders of antiquity that, even today, stand out for their grandeur. It is, along with the new 7 wonders of the world: Machu Picchu, Chichén Itza, the Colosseum in Rome, the Christ the Redeemer, the Great Wall, Petra and the Taj Mahal, one of the must-see destinations to visit once in your life.